I’m sure like me, many of you were up last night glued to Twitter feeds or various Disney news sites, looking for updates on the media event and announcements for Disneyland’s upcoming Diamond Celebration for its 60th anniversary. As I scrolled through the Twitter feed searching for the latest news using #Disneyland60, I noticed a common theme amongst other users: excitement. Rumors had been swirling for months now, and after an event last year that revealed the Diamond Celebration logo, fans were hungry for more. When Tom Staggs took the stage and introduced Steve Davison, boy, did we ever get some exciting news! 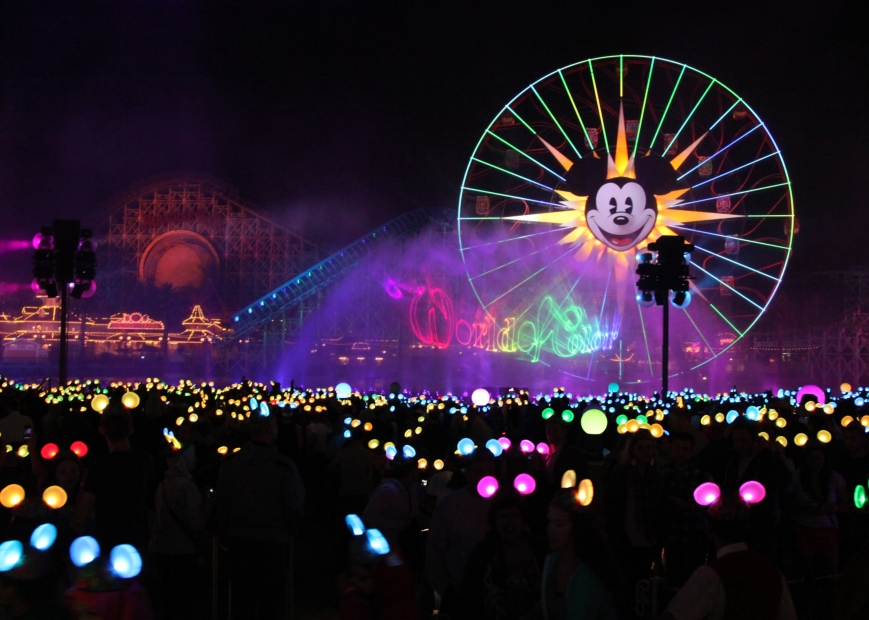 Both Sleeping Beauty Castle and Carthay Circle Theatre will be decked out with a diamond touch! 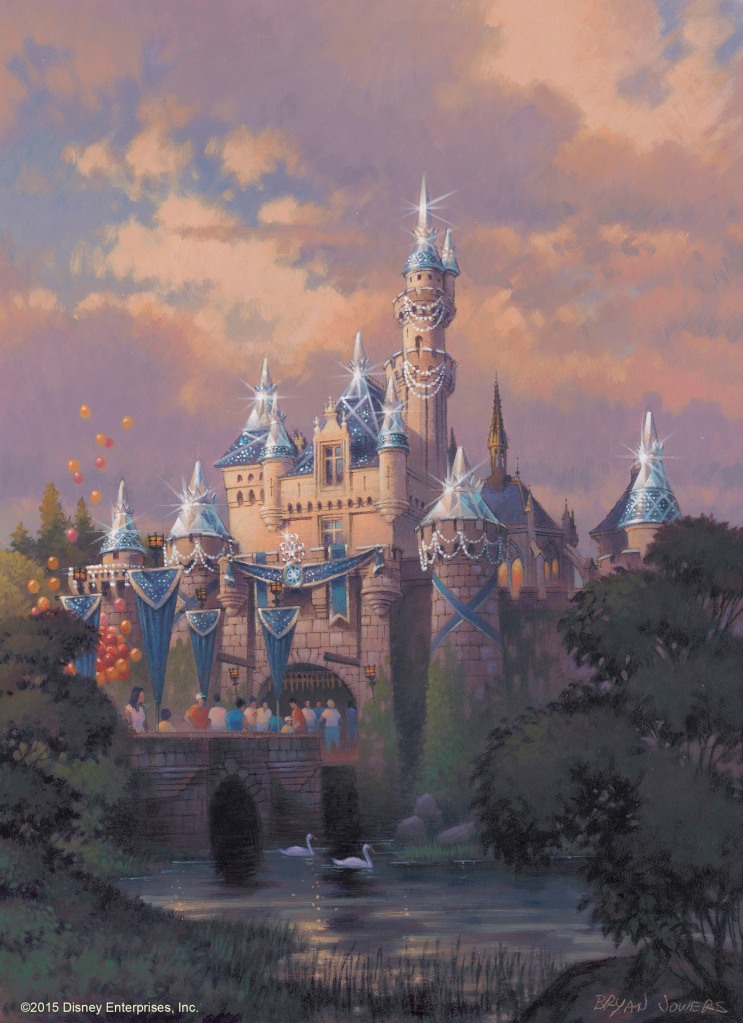 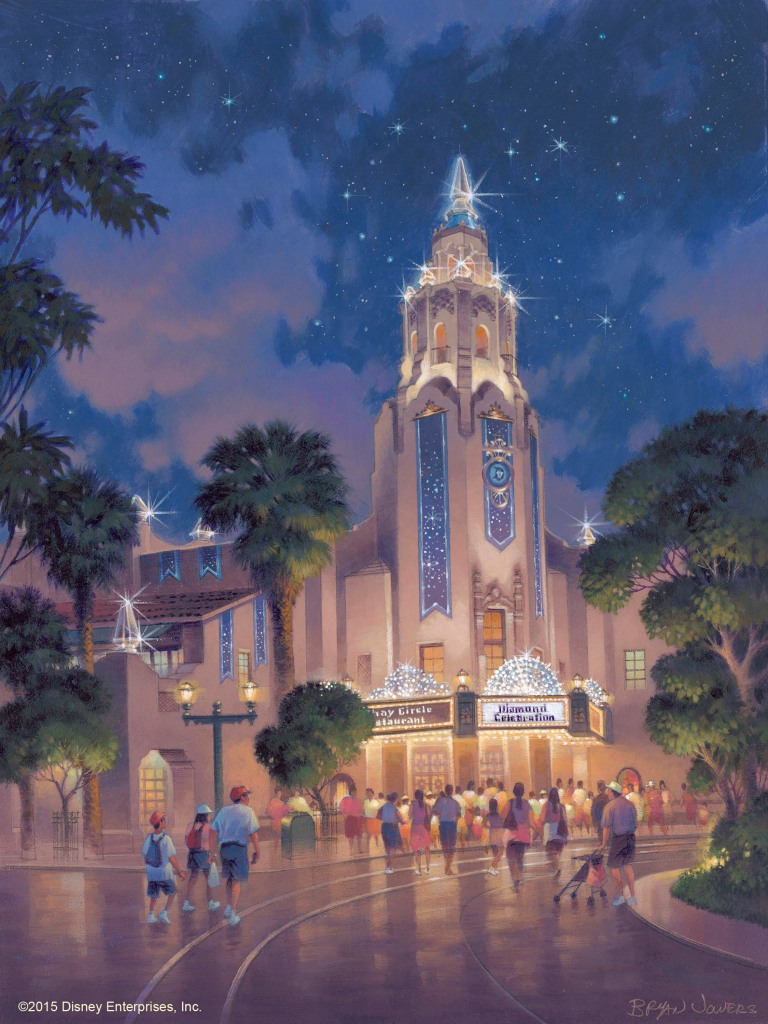 We’ll see a new nighttime light parade in the form of “Paint the Night.”

And we’ll also get a new firework extravaganza, complete with digital mapping projections and experiences throughout the park with “Disneyland Forever!”

I have to say, this all looks amazing, and I can’t wait to see it in person. Add on the fact that “Disneyland Forever” will feature a brand new song – “Kiss Goodnight” – by legend and one of my Disney heroes Richard Sherman, and I am in DisNerd heaven!

However, the most exciting news of the night for yours truly came from Tom Staggs (Chairman of Disney’s Parks and Resorts division), who said, “Of course we want to leave a few surprises…”

Why was this my favorite part? Glad you asked.

I feel in this internet age of instant gratification, we sometimes feel as though we need to know everything, and know it as soon as we possibly can. We’re four months away from the 60th anniversary kickoff, and we find ourselves wanting to know what shows will be added, whether there will be any special promotions or merchandise, if there will be changes to rides with long refurbishments. I do get the fact that many of us will be planning our trips based on this information,  and it’s good to know we definitely have new things to look forward to. Of course, one of Walt’s favorite words to use was “things,” and when he said it, it was more in reference to what cards he had yet to show. He would talk about Pirates of the Caribbean and say, “Of course there’ll be pirates and things…” Of course there would be pirates in a pirate attraction. But what other “things” was he talking about? Well, these were the “things” that made the attraction magical. The surprises around every corner. The amazing technology of audio animatronics. X Atencio’s rollicking “Yo Ho, a Pirate’s Life For Me.” Things that were meant to be experienced, not just talked and written about. If you ask me, we need more of these little “things,” surprises we’re not expecting.

I know many of us (myself included) tend to search for and scour over every piece of news regarding changes at the parks as much as we can. But some things need to be seen with the eyes, to be heard with the ears, to be taken in from every angle that words on a website can’t describe. For a long time, it’s been rumored that the much elusive Hatbox Ghost will be making a return to the Haunted Mansion. We’ve begged Disney for an announcement on the matter. But how amazing would it be if it were to just be put back into the attraction without notice? That a guest could be on the ride, and just… see him standing there, head in hatbox and all? “Did we just see….?” Imagine the surprise! I realize the word would spread fast, but what an awesome way to experience it!

When it comes to the 60th, I’m glad to know plans are being made. I’m genuinely excited for what’s been announced. But what I’m most excited for is being able to be there and see things for myself. I want surprise when I step through the gates. I want to be wowed by something I haven’t read about.

As my friend and fellow DisNerd Debi told me, it’s definitely a balancing act. “What is announced has to be big enough to draw the crowds (not a critique – Disneyland is an expensive park to run) while saving enough to keep us surprised, delighted and satisfied with our experience.” Disney, if you’re reading this, I’m sure I can speak for more than just myself when I say, we would be more than delighted for these surprises you have yet to reveal!

How about you, fellow DisNerds? What are you looking most forward to? Do you want to be surprised by some “things” as well? Sound off below, and feel free to share!