Remember waking up to this?

As a child of the 80s, The Disney Channel was a huge deal. As a premiere channel, it was THE channel to have added to your basic cable subscription. Unfortunately, not being able to afford to do so, glimpses of its greatness were few and far between. Still, whenever we would see the words “free preview” in our TV Guide, my heart would leap, and I’d be looking for blank VHS tapes to record as much as I could during those rare times of broadcast. In the three or four days of preview, before the screen became a distorted mess where you could almost make out Mickey’s famous silhouette, the channel was very rarely changed when I had the opportunity to plant myself in front of the TV. Waking up to “Good Morning, Mickey!” and a blood pumping “Mousercise?” That was the way to go. Classic Disney shows in the evening? Just as good. When the sneak peek was over, I’d occasionally flip back to channel 2 (yes, I still remember the channel) to see if by any chance this was the magical time the cable company forgot to switch it back over. Sadly, this never happened.

Yet, those times of watching the programming Disney had to offer, as limited as it might be, had an effect on me. I soaked it up. I memorized the song to “Good Morning, Mickey.” I caught my first glimpse of the original “Mickey Mouse Club.” I saw old episodes of “Walt Disney Presents.” I wanted my DTV. 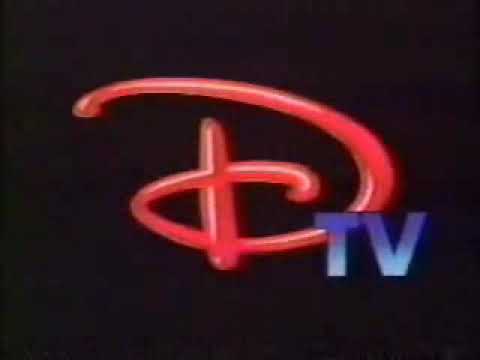 And I Still Want It.

Years went by, and the memories stayed. The Disney Channel went public. Many of the shows I remembered were long gone. But there was one aspect of the channel that continued to appeal to me: Vault Disney. Say these words to a child of the classic Disney Channel era, even to their parents and you’ll elicit a smile, and perhaps a sigh of longing. Vault Disney was a blessing for insomniacs, a late night programming block of Disney heaven for nostalgia loving enthusiasts. From episodes of “Zorro,” “Swamp Fox,” and even DTV segments, to reruns of “The Wonderful World Of Color” and “Walt Disney Presents,” viewers were treated to glimpses of the history of the Walt Disney Company.  Younger viewers such as myself were seeing these shows for the first time. Baby boomers were reliving fond memories of the past. My mom and I didn’t watch much TV together, but we both sat through a Spin and Marty marathon. I first saw the entire opening day broadcast from Disneyland this way. I laughed and smiled through “Disneyland Showtime,” the very dated, but fascinating, program where Donny Osmond got lost at Disneyland, leaving it up to his brothers and Kurt Russel to track him down before their scheduled performance.

Not to mention, seeing behind the scenes footage of the newest attraction was pretty cool, too.

Although I can’t remember the exact year, I do remember when Vault Disney signed off for the last time. I wasn’t aware what was happening until a few days before. All I really knew for sure is there was some awesome Vault Disney programming going on in those final days. So once again, for one last time, I scrounged up blank VHS tapes, set the VCR timer to record 6 hours worth of vault programming in the wee hours of the morning in order to enjoy what I could of what was left. No disrespect meant to the new Disney Channel show reruns that would be taking their place, but at this point in my life, it would be the Disneyland anniversary specials and “Wonderful World” shows that were holding a place in my heart.

Now, as a parent, I see the place new shows on the Disney Channel, namely Disney Junior, are taking in my little girl’s life. While I’m grateful for the new memories from these shows, I wish there was a way to share my memories with her as well. Sure, there are some I am able to share via You Tube, and thanks to the beauty of the Walt Disney Treasures DVDs, we have history lessons as well.

Her favorite older show is the one with the “dancing cake” (Disneyland’s 10th Anniversary).

However, it still feels lacking compared to the vast amount of Disney history that was once available. Dear Disney, please consider this blog post as my open letter to you. The same generation that grew up with the original Disney Channel now has children of its own. In addition to providing programming they will remember in their adult years, we sorely lack in being able to share our memories with them. How amazing it would be, through one of your current channels or a new channel, to offer a block of Vault Disney programming again? Imagine the limitless field, from kids’ programming such as “Good Morning Mickey” and “Welcome to Pooh Corner,” along with three different eras of “The Mickey Mouse Club,” to classic Disney programming such as “Zorro” and “Walt Disney Presents.” I truly believe there is a limited offering for genuine family programming; this could fill that void.

I realize there are a lot of things I don’t fully grasp, from licensing to key demographics; but I can’t be alone in my desire to revisit some amazing company history. Dear reader, do you feel the same? I’d love to hear your thoughts and comments. Feel free to share this, write your own open letters. I’d love to see multiple generations of voices be heard in regards to the currently untapped history of the Disney company.

9 thoughts on “Lock Me In The Vault”